After graduating from Exeter College of Art and Design with a BA (hons) in fine art in 1984, Kate worked in London as a mural painter for Haringey Health Authority, as an art technician for the Imperial War Museum, and as a basket maker and artist's assistant to Lois Walpole and Rapid Eye Baskets. In 1996, she returned to college, to study illustration at Chelsea College of Art and Design, and, from there, won a European Social Fund bursary to study for a full-time MA at Birmingham Institute of Art and Design, UCE. From 2000, Kate worked as a freelance artist and illustrator for newspapers, children's book, and greetings card publishers in the UK and US, also exhibiting her work at numerous UK venues.
Since 2008 Kate has worked almost exclusively on public arts projects, completing 7 commissions for Norfolk and Norwich University Hospital, where her work has been reproduced as ceiling panels, wall and window laminates, mobiles, light box reliefs and block prints. In 2010 she was selected to make a Tree of Life for the New Dementia Care Unit, Hammerton Court, Norwich. Her design was transfer printed on to handmade tiles and occupies an entire wall in the Contemplation Room. In 2011 she won a commission to make a series of artworks for the Burns Unit, Queen Elizabeth Hospital Birmingham. She worked in consultation with staff and patients to chose a theme of the countryside and wildlife around Birmingham. The resulting designs are reproduced as a light box relief in the Reception area and a series of laminates in the Shock Rooms and long-stay areas. Kate is currently engaged on a major commission for Scarborough General Hospital Childrens Department. Her images depict some of Scarborough's famous landmark buildings, along with ballooning beach donkeys and creatures from the Sea Life Centre.
Her original paintings, giclee prints and cards are available to buy from the Lion House Gallery, Lavenham, Cambridge Contemporary Art and during Open Studios. 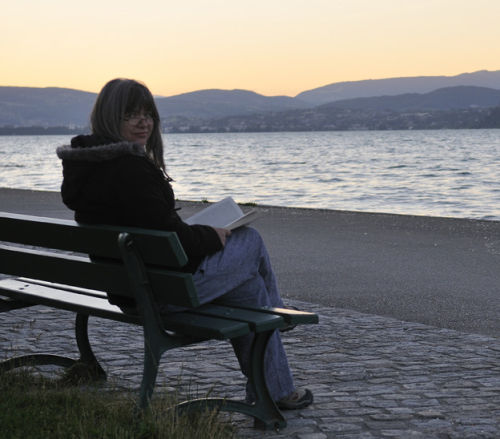